An island in the Indian Ocean with the size of West Virginia, Sri Lanka is a place of different cultures, languages, and ethnicities. There is a lot to see in the country, which has been attracting tourists interested in its wildlife diversity, tea plantations, and its long coastline, which remains relatively untouched by man.

Sri Lanka has a wild beauty and a very recent troubled past. After declaring independence in 1948, it went through a civil war that lasted almost 30 years and only ended in 2009. During the civil war, the island was hit by a tsunami that caused thousands of casualties.

Now the country is on its way towards peace and prosperity, with tourism growing more and more. In 2009, at the end of the civil war, Sri Lanka received less than 500 thousand tourists and currently, it receives more than 2 million per year. If you want to be a part of this number, here is a compilation of what you will find in the country.

Getting to know the colonial heritage of Galle

The historical city of Galle is located in the south of Sri Lanka and it is a Unesco World Heritage Site. The place has a strong colonial legacy, which includes the Galle Fort – it was constructed by the Portuguese in 1589, and the best way to get to know it is to wander through its streets and get to know its cafés, restaurants, stores, and galleries.

After you are tired of wandering through the streets of the fort, you can stop at the wall to catch the picturesque sunset, in a perfect way to finish the day.

On the South Coast, you will find some of the wild beaches of the country. This area was severely hit by the tsunami back in 2004, but little evidence of the impact remains (a sign of the recovery of the country)

Unawatuna and Mirissa are two dazzling beaches, with raw beauty and filled with palm trees, some of them full of king coconut, a type of coconut that is native to Sri Lanka. In Mirissa you can find whale watching tours from December to April. While in Unawatuna you can find sea turtle hatcheries and help put them back in the ocean. 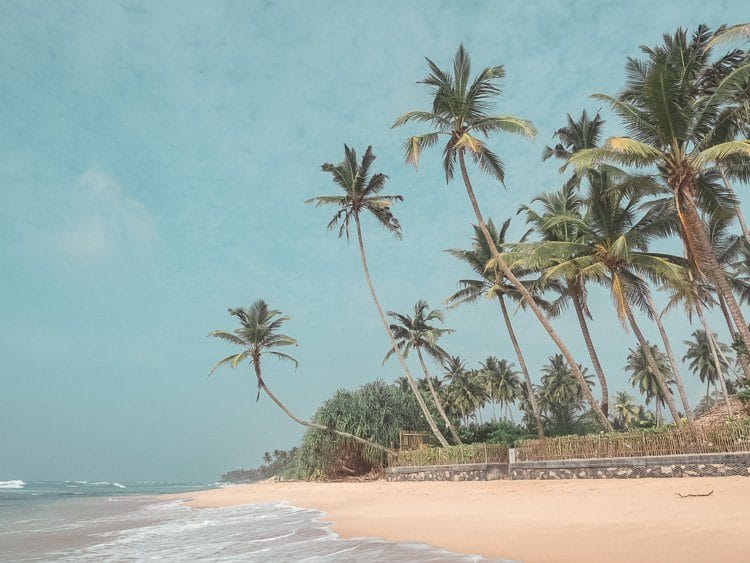 The Best Hotels on the Coast

The Buddhist influence in Kandy

Kandy is home to the Tooth Relic Temple, a place that attracts visitors and pilgrims from the whole world. The Temple is the most sacred place of Buddhist worship in Sri Lanka, and it houses Sri Lanka’s most important Buddhist relic: the Buddha’s tooth.

History tells us that the tooth arrived in Sri Lanka after Buddha died and was cremated in India. His remains were divided into 8 parts and given to 8 kingdoms, Sri Lanka being one of them. The tooth stayed in some places but was transferred to Kandy in 1592, where it remains until today. 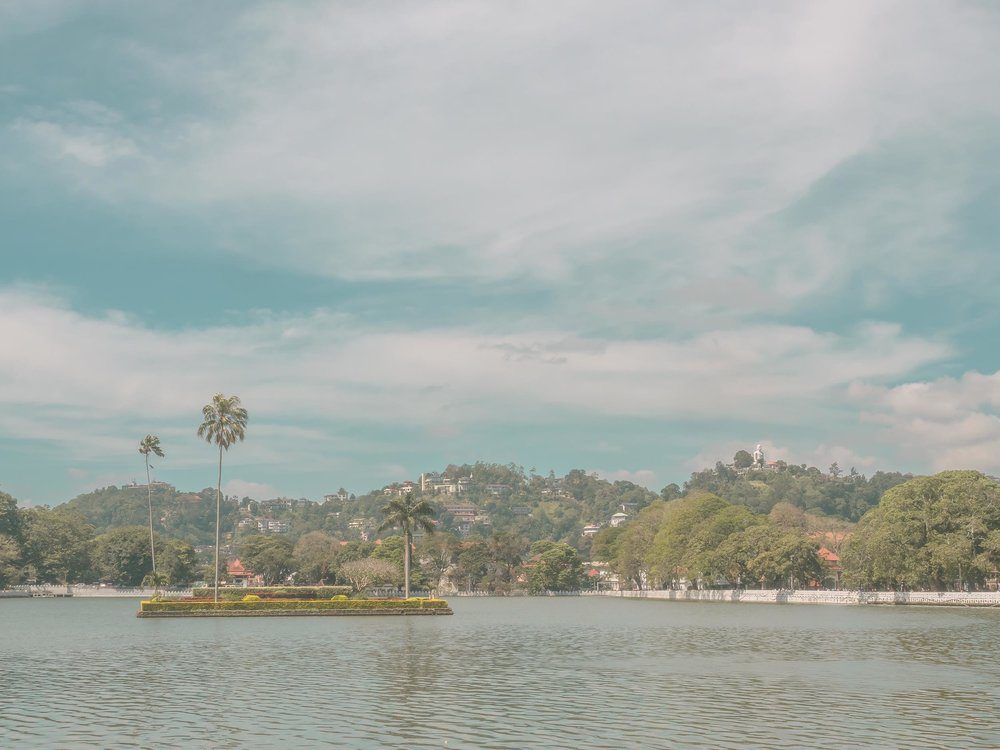 In front of the Tooth Relic Temple, you will see the Kandy Lake, where it is possible to stroll around and see the life of the city, seeing people coming and going from the Temple.

Another place to be visited is the Bahiravokanda Vihara Buddha Statue, with its more than 80 feet height that allows you to see it from almost every place in Kandy, and also offers a panoramic view of the city.

The Best Hotels in Kandy

Cozy nights with tea in the mountains

In the mountains, cool temperatures, tea plantations, and a trip back in time are waiting for you. Sri Lanka is one of the biggest tea exporters in the world, always in the top 5. While visiting the country, you can stop by one of the many tea plantations and even help to collect the tea leaves. 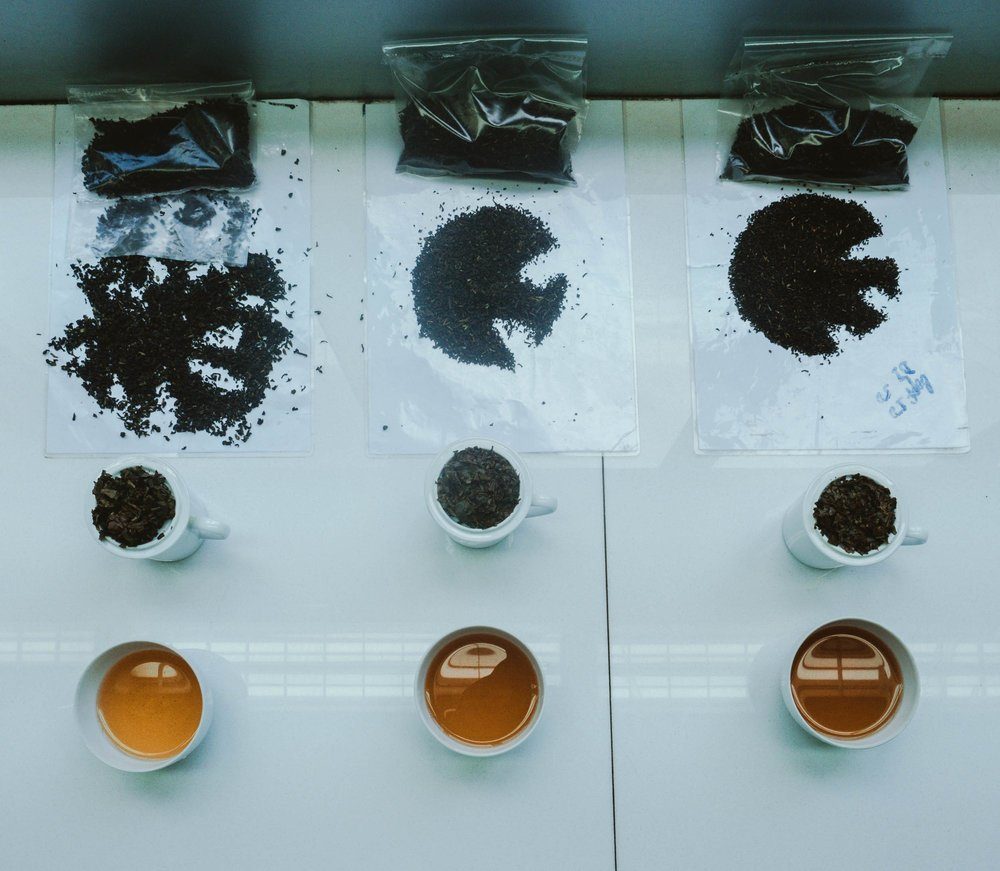 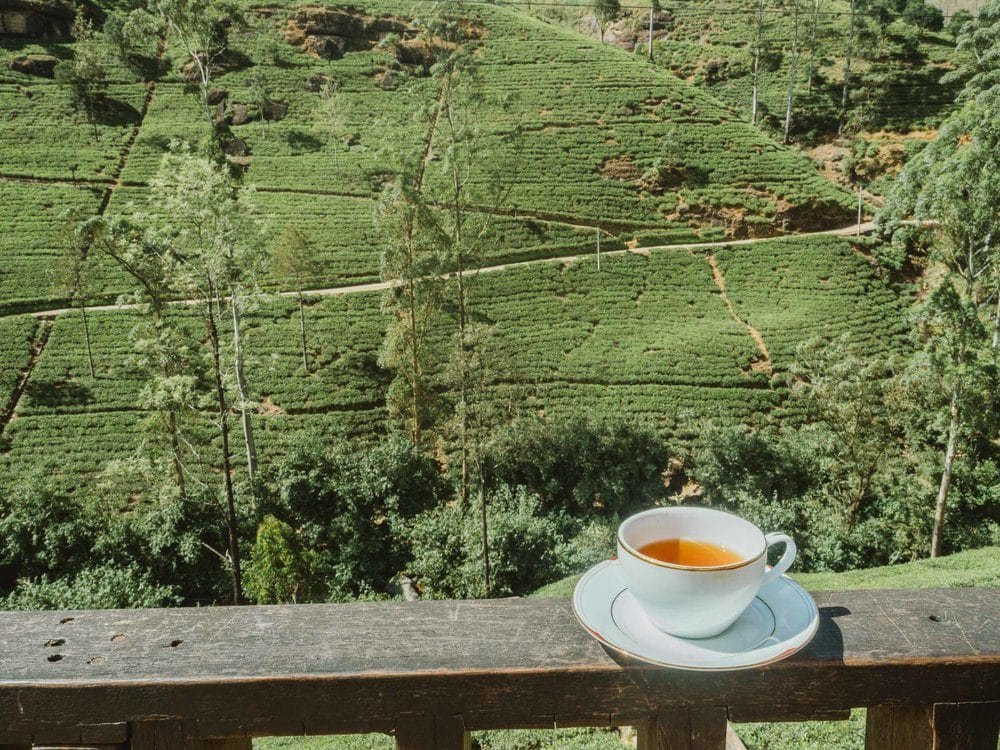 The most famous place to visit the tea plantations in Sri Lanka is Nuwara Eliya. If you are in Kandy, you can go there by train, on one of the most scenic routes in the world. To stay in the area, you can choose one of the hotels from colonial time and be transported a bit back to the past.

Near Nuwara Eliya is Ella, for the ones into hiking and waterfalls. The main attractions are Ella Rock, which will give you epic views after an approximately 4-hour hike; Little Adam’s Peak, a quick and easier walk; and Ravanna Falls, which has a special charm after a few days of rain.

The Best Hotels in Nuwara Eliya 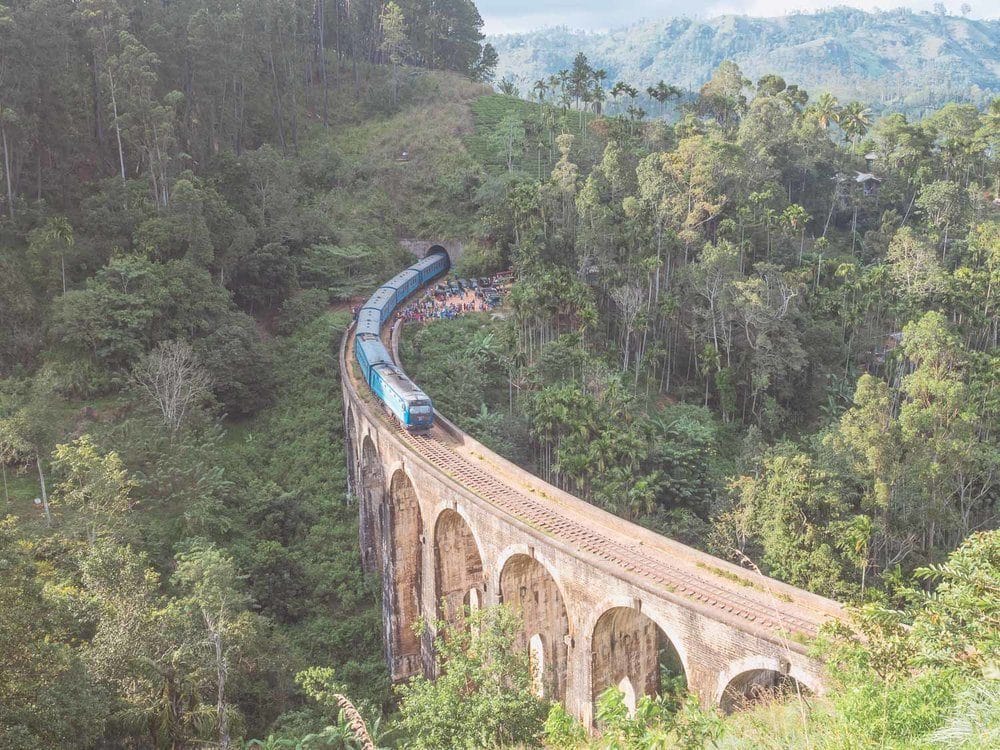 Koggala Lake is a hideaway in nature. Go there if you want a bit of silence and peace to relax.

Going on a boat tour around the lake, you can visit Cinnamon Island and visit a cinnamon farmer. There you will learn about cinnamon farming and the process to get the final product we find in the grocery, from the extraction to the grinding.

If you want to know more about where to stay in Koggala Lake, read here. 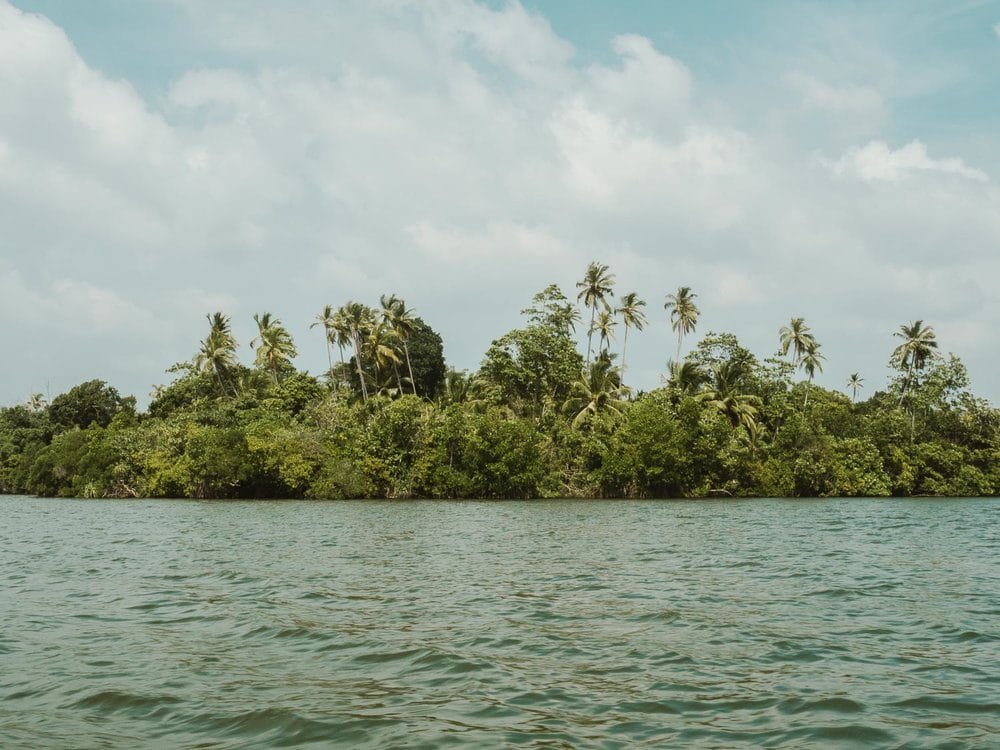 You will probably arrive through the international airport in Sri Lanka, which is located in Colombo, the capital of the country. The city is a metropolis and, like many others around the world, it has heavy traffic and fast-paced life.

If you have some time in the city, you can visit Colombo’s big promenade along the Indian Ocean called Galle Face Green. It is a great place to stroll if the heat does not bother you, and to watch the sunset.

Also in the capital is the Buddhist temple, Seema Malaka, a meditation place in the middle of Beira Lake. The original temple sunk in the water in the ’70s, but the reconstruction is worth a visit.

Beyond this, the capital of the city Sri Lanka offers other options, such as the many mosques, including the Red Mosque.

The Best Hotels in Colombo 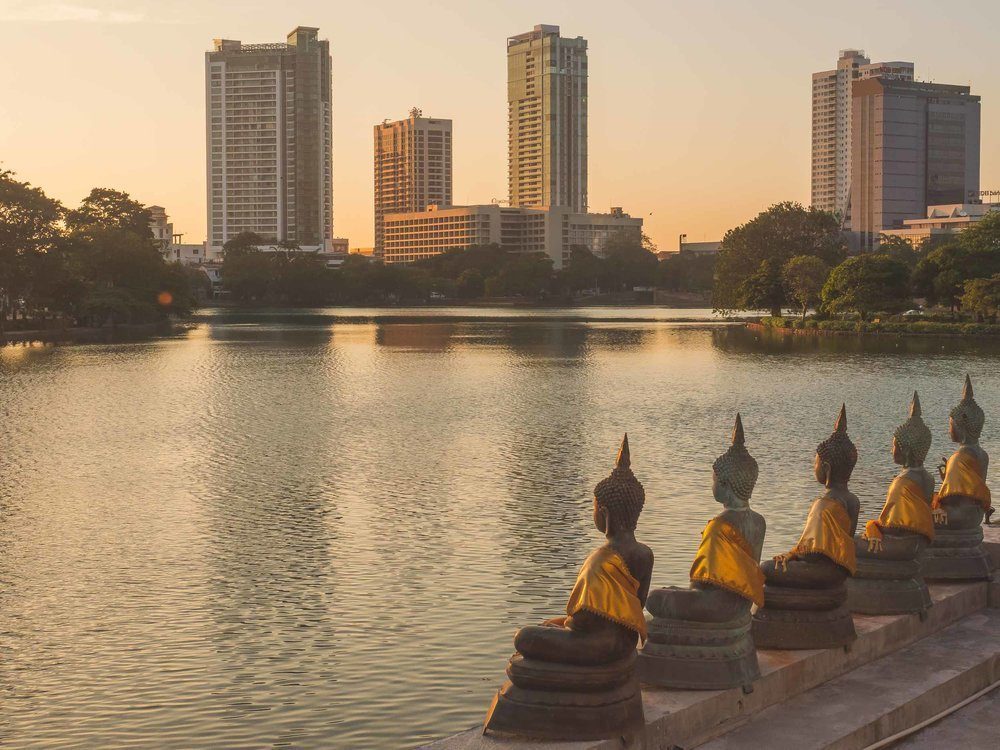 The flavors of the country

And the local cuisine in Sri Lanka? Rice, curry, and sambal are omnipresent in every meal. The food is spicy and very delicious, but Western and vegetarian options can also be found in Sri Lanka. 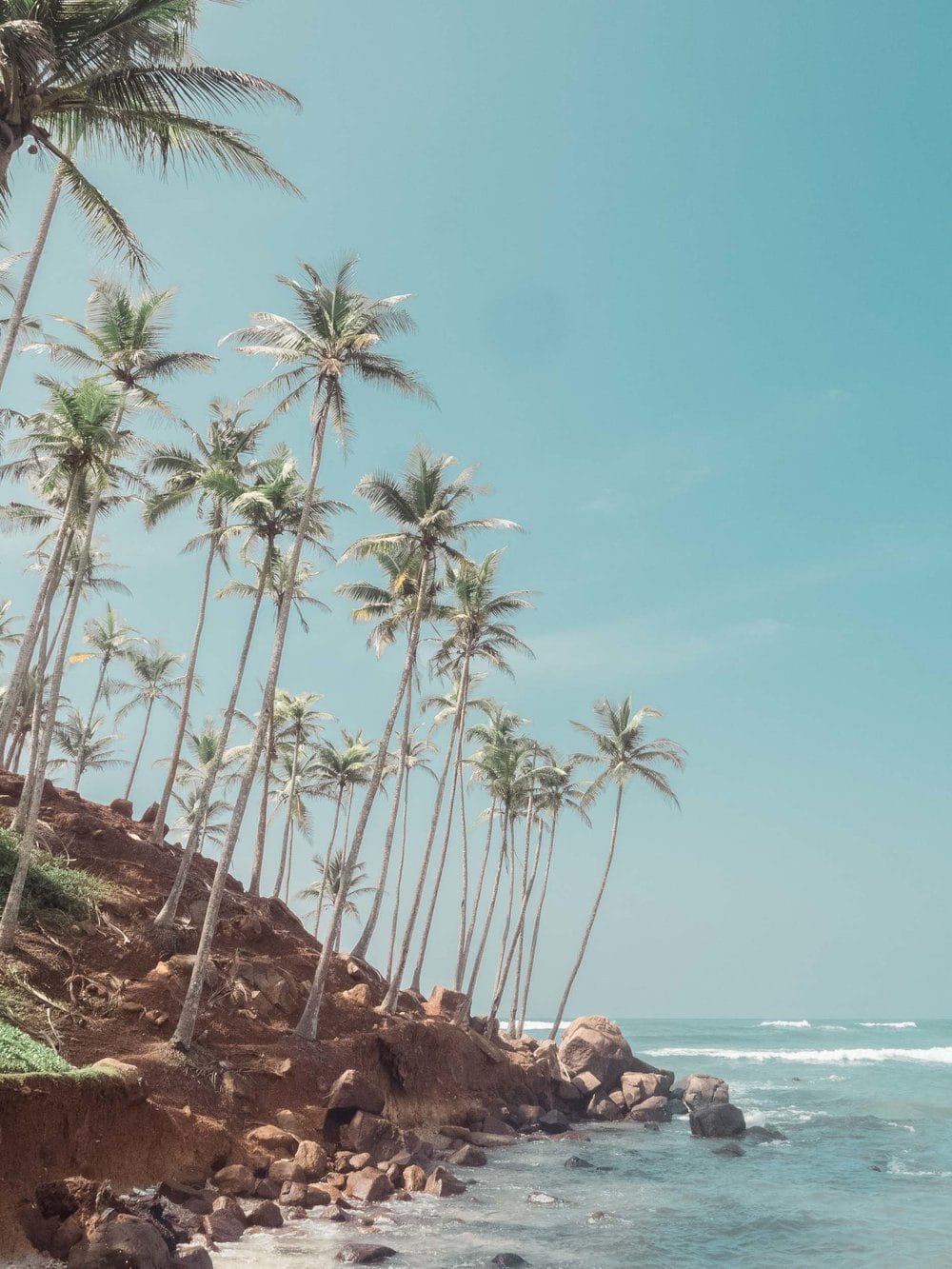 What else does Sri Lanka offer?

If you want to get more in touch with nature, don’t miss the opportunity to visit the national parks Uda Walawe and Yala West, to see leopards and elephants. 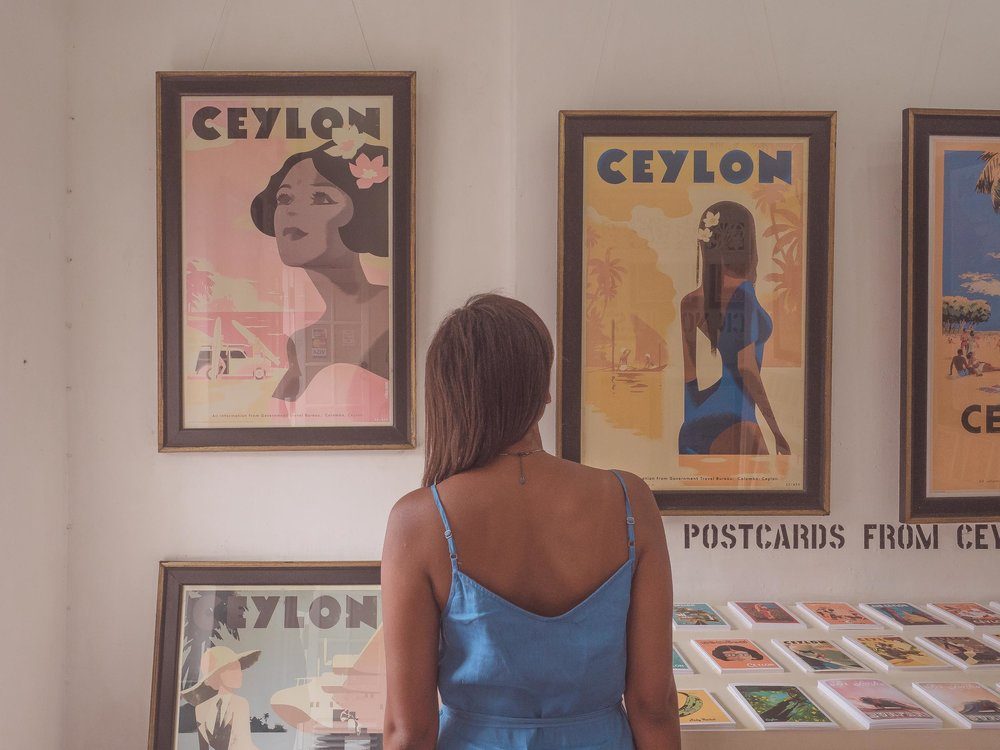